Throwing the duckling on the dashboard, he yelled ‘Let’s go!’. Five minutes of bone-rattling driving later, we brushed off the dust and headed off to find the gigantic stone penises…
Cappadocia, a landscape that looks like it’s been attacked with a gigantic cheese grater, is a troglodyte land of fairytale chimneys and subterranean cities. The curious area has a fascinatingly busy history - Neolithic cultures, Assyrians, Hitties, Tabals, Persians, Romans and Seljuks have all inhabited the lands, and there was even an independence stint 2000 years ago (unfortunately a time too early for 'I Heart Kingdom of Cappadocia' t-shirts).

Of course, when you’re living at the crossroads of the world, marauding raiders with pillaging and burning on their mind are a part of everyday life. Which makes for a fascinating, defensive landscape.

It’s still as dusty as ever, but life is pretty comfortable here now. Tourism infrastructure is very well developed (after a bit of hunting, we even found beer!). Boutique ‘cave’ hotels have sequestered some of the best of the cone-shaped rock clusters to create truly remarkable places to stay.

But being on a budget, we picked a dusty guesthouse on the outskirts of town.

Which had a duck.

But before we go on about Ördek (he’s the duck; a literal translation from Turkish), here are some practical points about Cappadocia:
(We've put more practical tidbits (like our itinerary) at the end of the article) 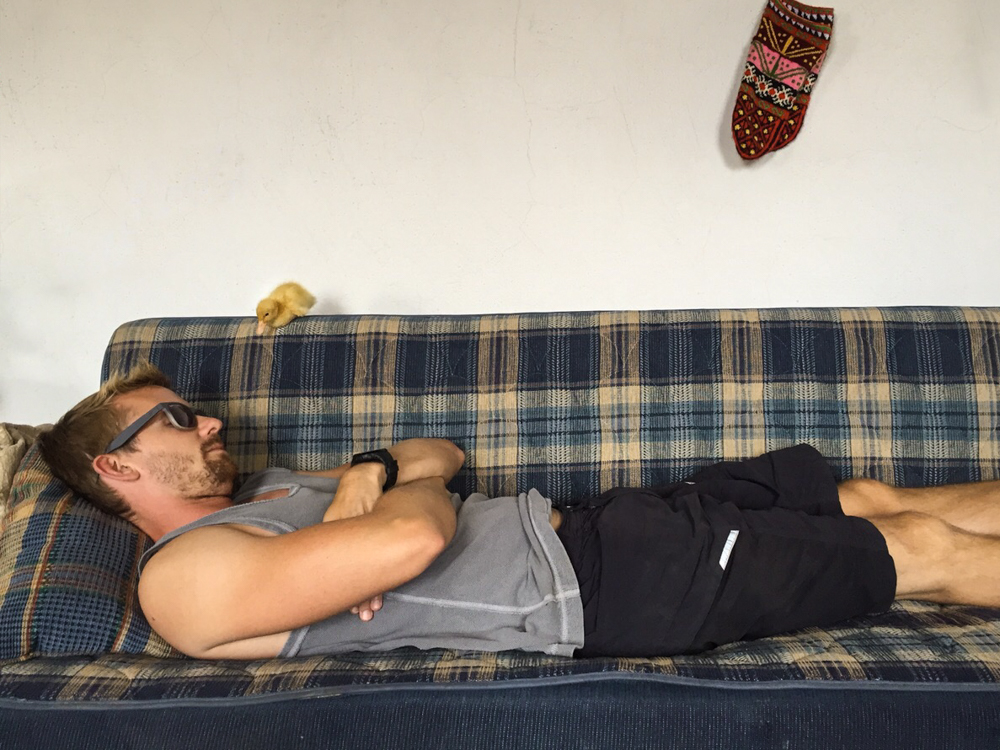 Ördek is a small, typically yellow duckling. He’d only arrived at our guesthouse a day earlier, as new to the place as us. Within minutes, we were providing ourselves as both gives of warmth, and a toilet. You’d be surprised how much can come out of a small bird, as Pete found out on a few occasions.

As we had been travelling non-stop for a while, we took a leisurely approach to Cappadocia. Most mornings were spent on the balcony, catching up on Internet duties, with Ördek providing a source of equal parts entertainment and distraction.

But eventually we were ready to slap on our spacesuits and explore the moon-like landscape. Our first adventure in exploring was the meandering and disorientating Rose Valley, the darling poster-child of Cappadocia. 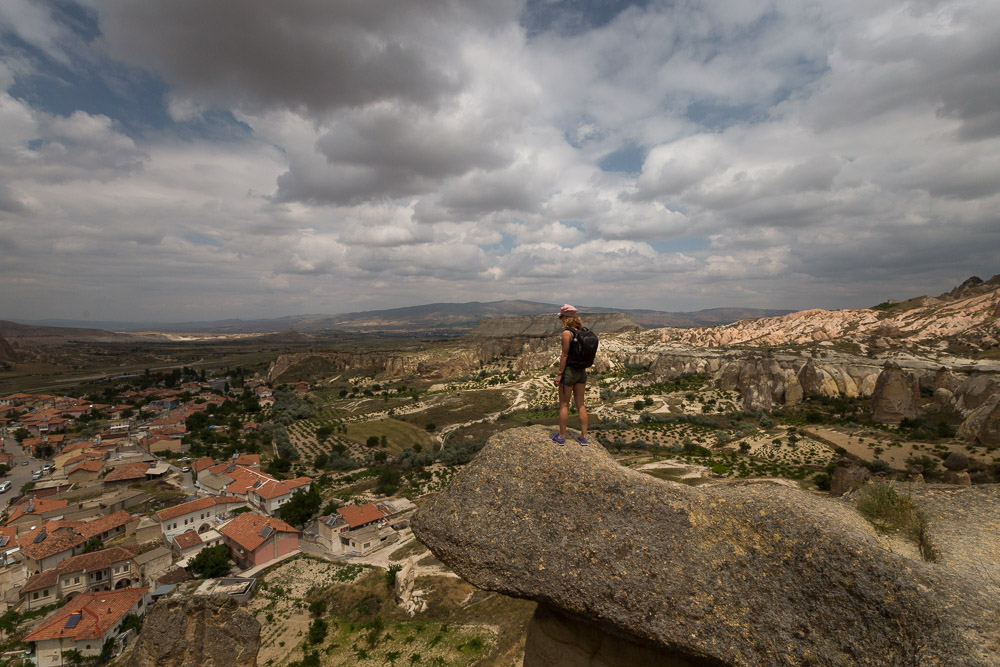 We spent the bulk of our time exploring the Valleys. Each one is surprisingly different (if that’s your thing), and walking is really the best way to make the most of them. Although we did have our serenity shattered a few times by some skinny Asian guys on ATV’s ... 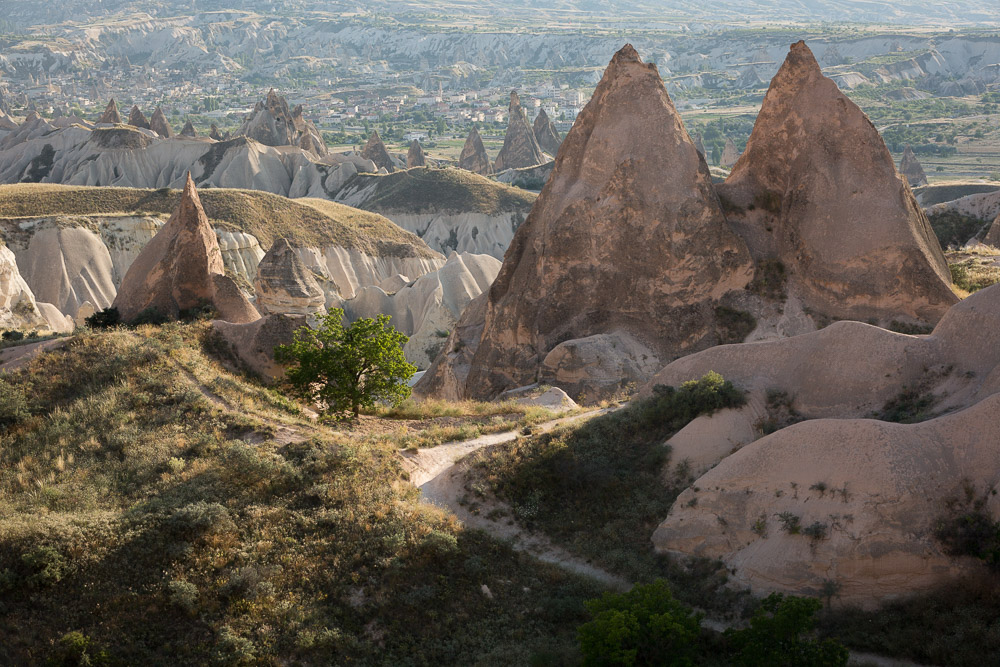 With a serious contender for ‘The worlds most inaccurate map' in hand, it took us all of 5 minutes of walking before we had to ask an old man and his donkey for directions. And 5 minutes later, squinting in the sun we put the map away entirely, which turned out to be the best decision ever.

With our proverbial Indiana Jones’ hats on, we followed random trails, explored cave-churches, ran our hands over fading paintwork, scaled pinnacles and scampered up heavily eroded stairs, cut into the brittle landscape.

We fed ourselves from the myriad of fruit trees sprinkled thoughtfully around the valley, gorging ourselves on plums and mulberries.

As the day went on, the landscape slowly enveloped and guided us upwards, plopping us at Sunset Point, a place famed for it’s snacks and tour buses. And naturally, a killer sunset.

As the sun dipped below the horizon and shadows filled the valleys, Rose/Red Valley lived up to its name, putting on a mystical display of unearthly colours. It’s the kind of jaw-dropping landscape that leaves you scratching your head. No - this isn’t real-life photoshop. It really looks this good.

But that was only half the journey...

...we still had to get back to our guesthouse.

With the light fading quickly we feared stumbling back in the dark. So we skipped back down into the valley, racing along paths, ducking and weaving through vegetation, jumping over boulders and twisting through the gnarled landscape. The valley - previously so bright and carefree a few hours earlier, had  become a phantasmagorical labyrinth lit only by the moon.

After a long hour and a half, the valley opened up and we found ourselves on a dusty road, leading back to Göreme. An adventurous day for sure - and one we celebrated with kebab number five million and three. Seriously Turkey, your landscapes are stunning, but we need to talk about the culinary side of things… 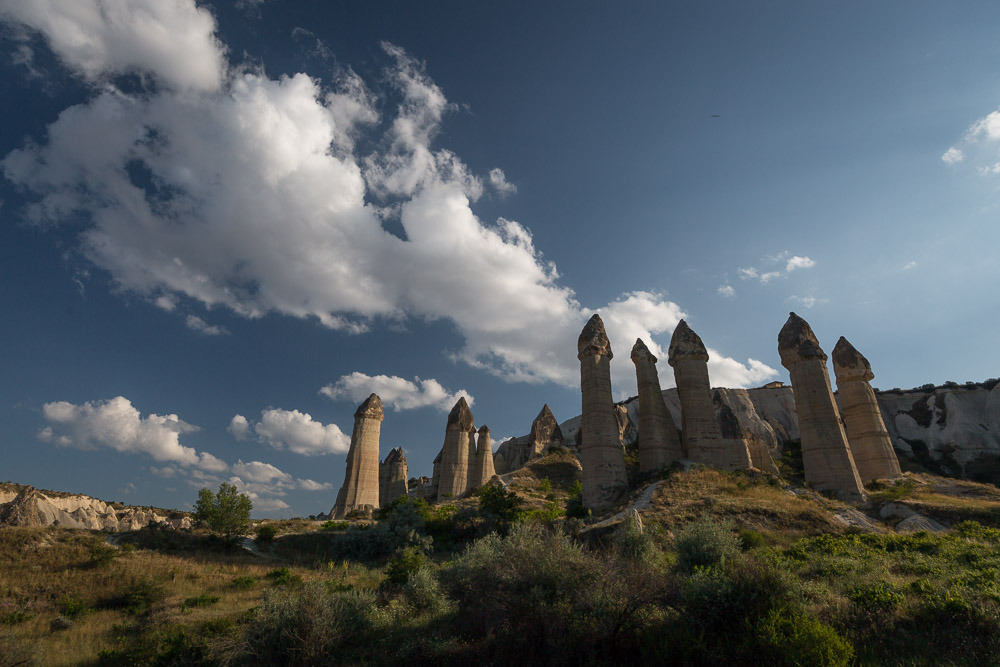 This long, straight valley isn’t hard to navigate, and is famous for one thing - a collection of phallic rock formations which would make even a Kardashian blush.

Dropped off at the north end by our racing car driver/guesthouse owner, and his trusty navigator, Ördek, the valley was an easy walk in which we didn’t see anyone else until the very end - naturally, a man with only a water bottle and running shoes. We immediately thought of the Mexican running tribe in the novel, Born to Run. What is it about desert environments that just makes people want to go for it? 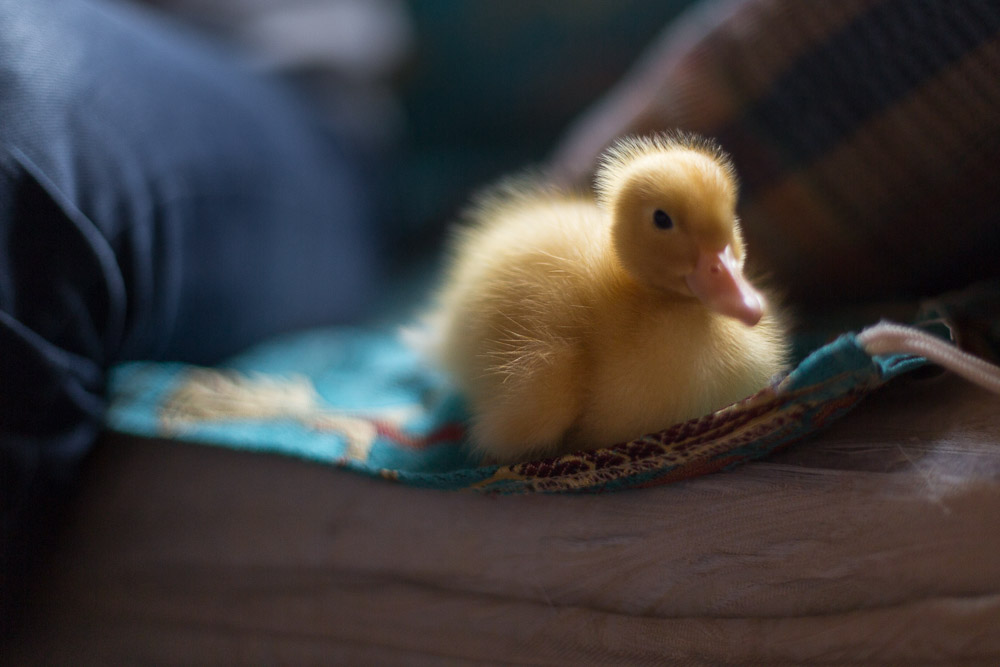 Fearsome Emperor Ördek will one day rise from his soft fluffy blanket and rule over those pesky pigeons...
​Pigeon Valley

Named for the carved ledges which once housed pigeons, this valley wasn’t really all that exciting, but makes for a natural return-trip if exploring the must-see Uchisar castle nearby. In fact, the only remarkable thing about this valley were the natural tunnels which had formed from years of water erosion.

We thought it would be amusing to put on pigeon costumes and taunt passing hikers with phrases such as ‘Get out of my valley!’ and 'Hey you! Got any feed?’, but we’ll have to save that for next time. 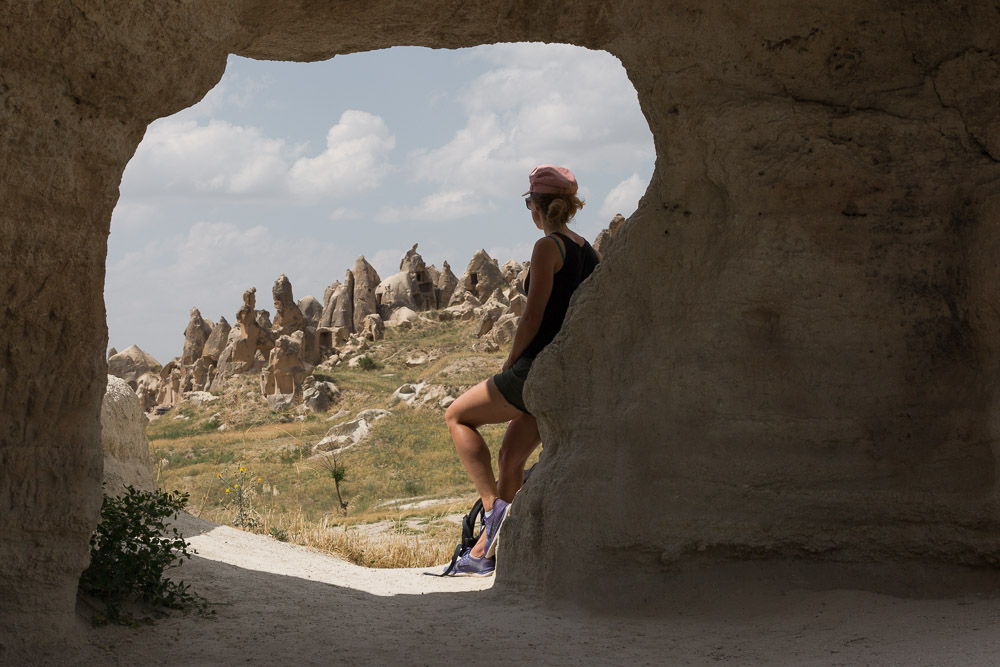 Emma taking a break from the hot sun.. by sitting in the sun. Posed by Pete, naturally.

There are a handful of sunset (and sunrise) points dotted all around Göreme, and they’re stunning - you can’t really go wrong here. Just get up high and be amazed 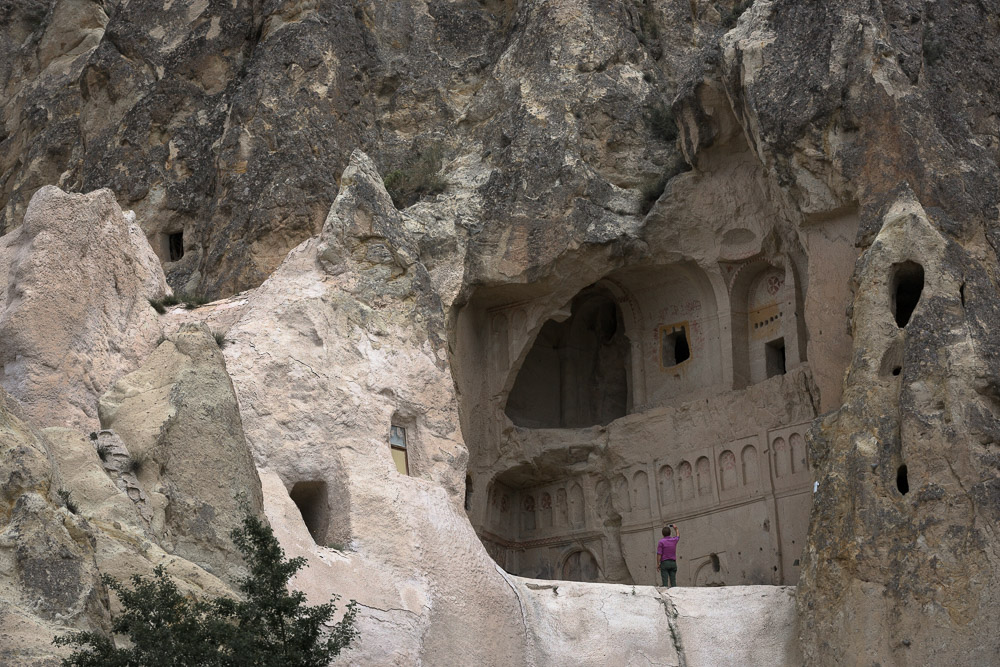 Goreme Cathedrals are known for being a little drafty...
Göreme Open Air Museum and Kiliclar Valley

Everything we read had said we can’t miss the Göreme Open Air Museum. Curious as to what this term actually meant in this part of the world, we handed over our entrance fee and stumbled around a truly strange sight.

It seems that the denizens of the area decided to gouge out almost 10 churches from the surrounding cliffs, in an area you can comfortably loop around in about 15 minutes. Whether this is religious fervour gone wild, or just poor town planning is contentious, but it makes for a delightfully easy way to see some incredible (and crumbled) churches.

Realistically though, all these churches are very small and dim - more like misshapen rooms - and get a little samey after the first couple. A little disenchanted, spoilt little sightseers that we are, we wandered across the road and boy did Cappadocia deliver: we found ourselves inside a huge, elaborately carved cavern which could easily fit fifty people inside.

Given how brittle the landscape is - and the huge amount of wars fought here - we were left wondering just how grand some of the architectural marvels must have been. 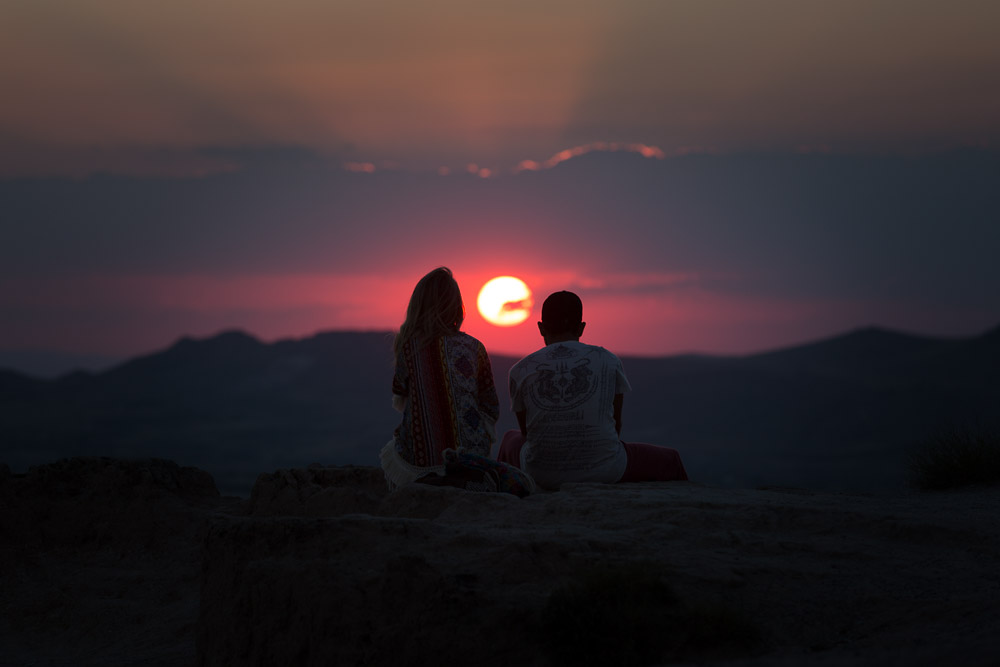 We loved this view so much that we came back twice, although, admittedly the second time was because we took a wrong turn on the way to Zelve Open Air Museum and instead walked around a ridge line for 3 hours with no food or water in the baking midday sun.

On the plus side, we saw a side to Rose Valley that was a highlight of all our treks. Camping up here for the nighttime stars (and sunrise light) would be an amazing experience.

Instead, we were happy to make it to Sunset Hill well before sunset and devour our weight in Gözleme (Turkish pastry) and our new love - Sour Cherry Juice. All while taking in the view in the photo above. 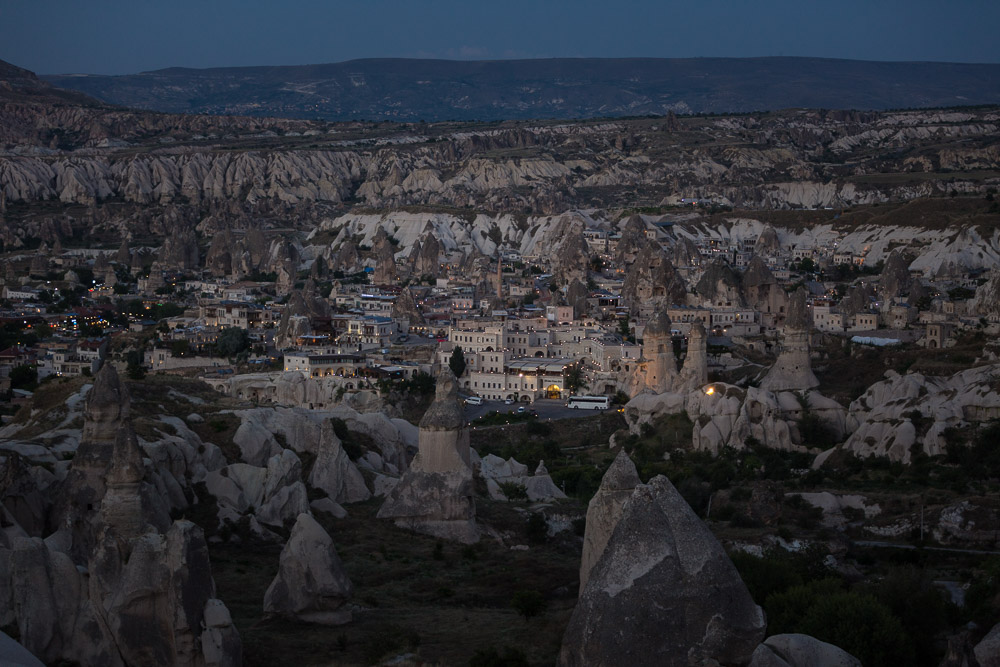 ​For all the hot air ballooning, underground cities and pottery towns on offer, Cappadocia can leave a hole bigger in a wallet than some of those found in the mountains; the region is a playground for those travelling without a budget.

Which isn’t us. But we did have something many don’t: time.

This meant we could wander for hours to, around and from some incredible towns and castles. 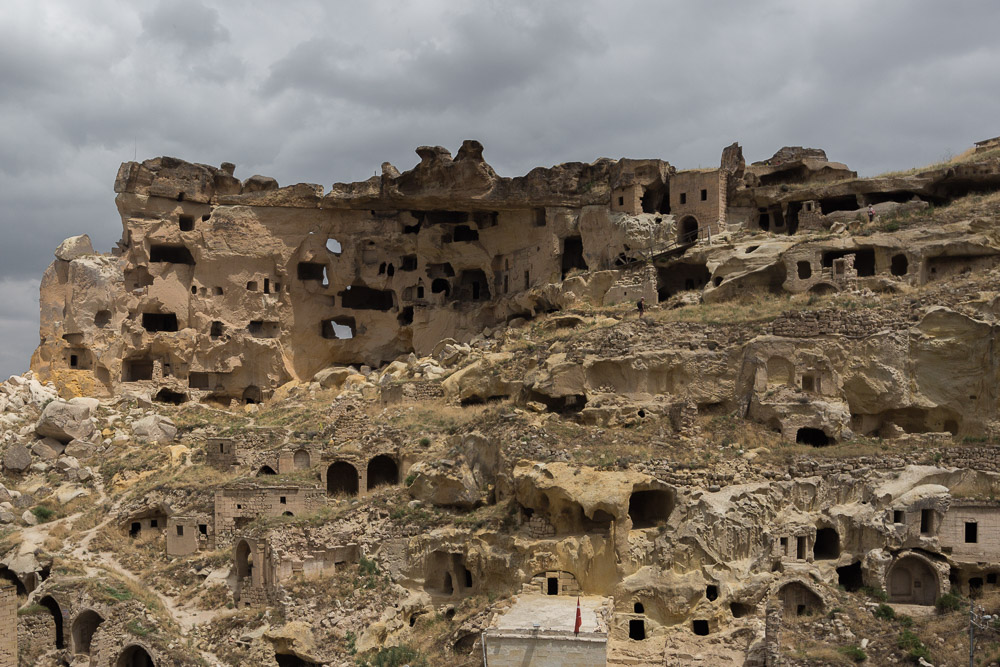 If someone had fired a gatling gun at a piece of rock, then put it on display on top of a mountain, then fired a few more rounds at the whole thing, you’d have Cavusin. This pock-marked ‘castle’ just screams "I’m going to collapse if you walk on me", and we spent a good few hours doing just that. Much to our surprise, the town itself has hotels and restaurants, and would make for an amazing place to stay as a stop on a multi-day hike through the region.

We actually headed here so we could continue up to the Zelve Open Air Museum, but took the aforementioned wrong turn. It all turned out pretty good though - we had no way to get back from Zelve, anyway. 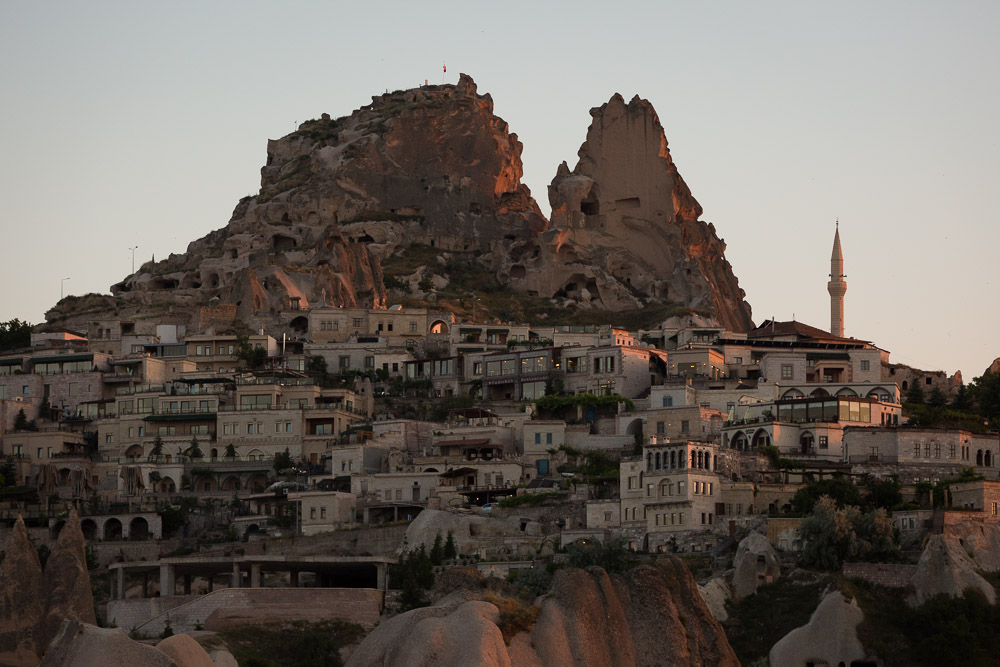 Uchisar dominates the viewpoints around Göreme, especially at sunrise. Yet another hollowed-out pinnacle, it’s more of the same - until you find yourself crawling around inside and discovering a set of stairs that lead to the top look-out point. It isn’t a good place for fear of heights - it feels like a hundred meters straight down - but the views are stunning.

The real treat however, was descending to the west in the late afternoon sun. Seriously - if you’re planning a trip to Cappadocia, don’t miss this. It has some of the best cheese-grater scenery in the region.

There’s even a camel at the end of the trail, who was ingenious enough to paint a sign declaring his desire for a few lira for a photo. ​ 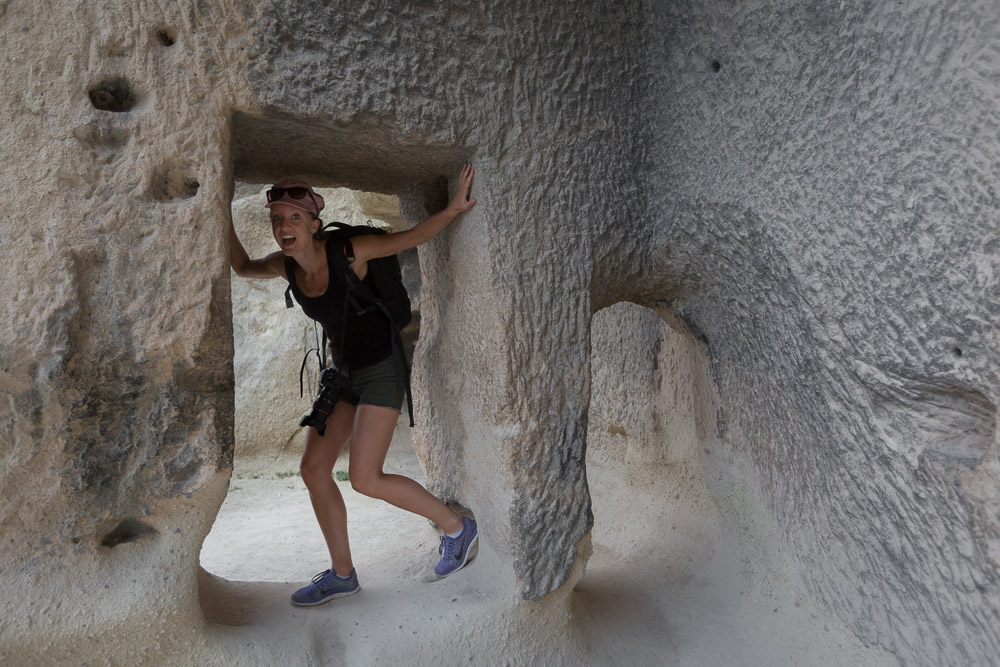 As we had been travelling non-stop for a while, we decided to spread our time in Cappadocia over 5 days and spend half of each day seeing something (and half a day catching up with friends and family on reliable Internet):

We pre-booked some budget accommodation online that was comfortable enough. With no park entry fees, our only expenses were food and water throughout the day (and the obligatory fridge magnet). Göreme delights in clay-pot dishes which seem as overhyped as they are overpriced - we instead ate simply and treated ourselves to a beer every other day. Göreme was about as cheap as you can get for Turkey.  ​
How did we decide what to see?

Being a huge natural area, these groupings helped us:
We wandered into a tourist trap ‘jewellery workshop’ for a laugh and felt a little sorry for the tour groups that had to wait around in there. It looked pretty grim.
How does the Hot Air Ballooning work?

Not only are they pricey (€100-300+), but the experience is LOT more random than we realised. There are over 50 companies and only a dozen or so are licensed, so it pays to do the research.

We woke up for sunrise most mornings to watch the balloons take off (and laughed a little too much at the poor people whose balloons just slid along the ground and didn’t get up at all). Equally, some balloons were so high in the clouds for an hour or more that it would have been miserably cold - and without much of a view.

But there were plenty who did float around, and given the amazing photos online, it can be an amazing experience.

The only other thing to mention is that one morning most of the balloons would be around Rose Valley, and another morning they would float around Love Valley. It just depends on the wind. Hot Air Ballooning is at the mercy of the weather - it was cloudy every morning we were in Cappadocia!