Ulaanbaatar. Or is it Ulan-Bator? Or Ulayanbayatur? Whatever version you adopt, know that the first part means 'red', and the second part means 'hero'. The Soviet's bestowed this name as recently as 1924. ​
​For the nomadic Mongols, a capital city is a hard thing to pin down. Officially, the capital was founded in 1639, but its location moved 28 times over the next 150 years (and changed names a bunch of times too). So a few variations of spelling don't seem so bad.

But to make life easier, travellers have been shortening the name to 'U' 'B' - and you'd do well to adopt this into your vocabulary too. It'll make getting around UB far easier.

Although, it must be said, the city itself isn't the prettiest. Not only taking on the crown as the worlds coldest capital city, it's also the most polluted. Heavy manufacturing and droves of nomads settling into ger tent suburbs (and burning everything they can to keep warm) means the smog here can be over 80 times the safe limit.

Hopefully we haven't scared you away though. The real drawcard is Mongolia's beautiful landscape, and inevitably, you'll spend some time in UB - either landing by plane, or as a big-ticket stop on that long rail journey between Moscow and Beijing.

So why not spend a bit of extra time here, soaking the unique culture of a city that is guaranteed to leave an imprint on your mind. There are interesting things to discover around every corner, and if there's one country we get asked about all the time, it's Mongolia. And naturally, talking about things to do in UB quickly follows. 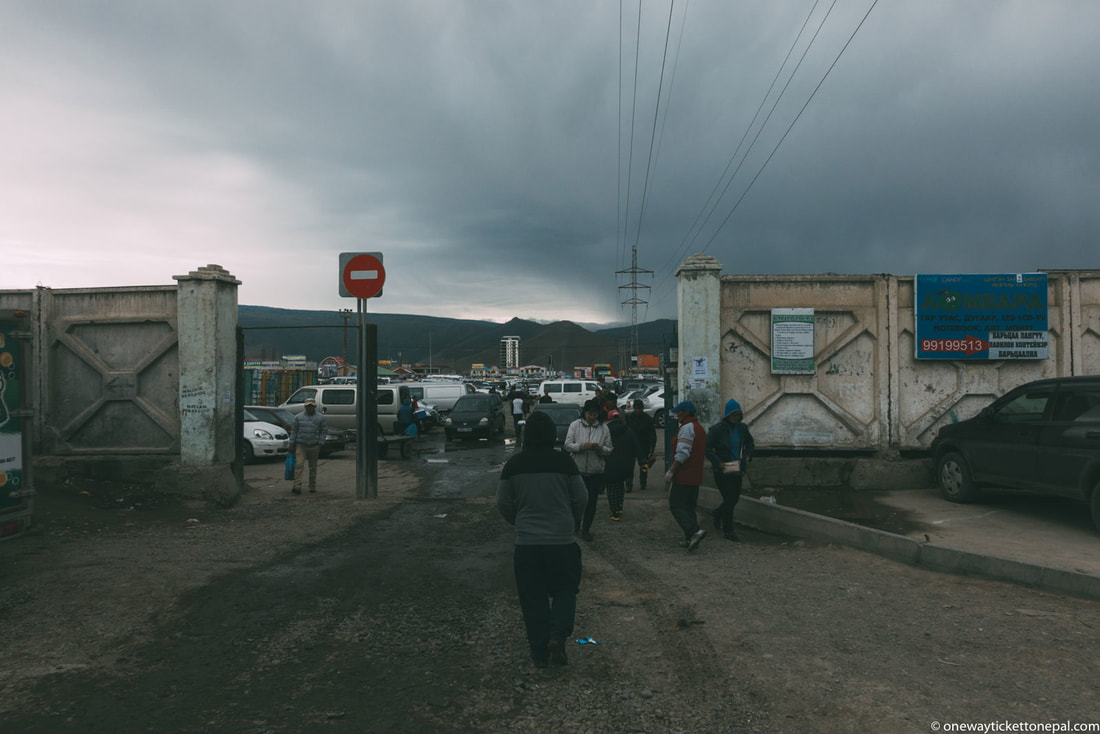 At the eastern end of Narnii Road, near the corner of Nam Yan Ju St lies the infamous Black Market. Plenty of overcrowded buses head here from peace Avenue every 20 mins or so.

The name will probably give you an inkling of what the vibe is like here. Anything and everything is here - at rock-bottom prices. It's definitely worth the uncomfortable bus ride for an afternoon’s entertainment. Just remember to leave all your valuables back at the hostel, and watch your pocket. This is prime hunting ground for fresh-faced tourists. You've been warned.

​Located on the southern side of the river on top of a big hill with a climb of around 300 steps to the top. This Soviet Style monument to the fallen soldiers of World War II will remind you that you’re not too far from the Russian Border.  Every now and then when travelling around Mongolia, you’ll be given a glimpse of the tug of power Mongolia feels from being sandwiched between two super powers either side of the country, and here is one place where the Russian’s have firmly placed their mark. This monument couldn’t be more Soviet in style.

Contrasting with this though, you’ll see small ‘oovos’ scattered around. It’s a Buddhist practice of erecting small piles of rocks laced with prayer flags on top of a mountain pass or peak, and a visible reminder of the balance between traditional practices and modernism that exists in this city.

3. Eat at a North Korean restaurant

​There's a large population of North Korean's living in UB, so hunt down a local restaurant for something different to the flavours back home. Ours was called Pyongyang Restaurant, but the location moved a few times over the last months, so it took a lot of wandering around empty buildings to find. Inside, service was stiff, tiny TV's blared propaganda videos, and a table of men near us were eating hot-pot and drinking heavily. You'd think it's all a bit kitsch... until you realise it isn't intentional.

​If you’ve just come from Russia, the proportions will make you feel right at home. If you’re heading there, it’ll give you a sense of what is yet to come. You’ll inevitably end up here at some point, and if you don’t have time to get out to the main Chinnghis Khan Memorial then it’s a great place to appreciate the love of the man himself.

​This one isn’t technically in UB; it’s an hour’s drive out of the city so makes for more of a half-day trip (we organised a driver through our hostel).
The 40m tall memorial of Chenngis sitting proudly on his horse was completed in 2008, and can be seen gleaming from miles off in the distance. The best part about visiting is being able to walk up onto the head of the horse, emerging through a door between Chinnghis’ legs, to take in the panoramic views of the area. There is also a gift shop and museum downstairs, and of course, a giant Mongolian riding boot.

​This is literally the best place to buy awesome Mongolian souvenirs; they’ve got everything from huge fur coats to traditional musical instruments, to riding boots and Buddhist masks. You’ll find it all on the top floor and will probably spend at least an hour wandering around inside. We bought a bunch of amazing stuff (which was rare for our travels) and posted it all back to Australia, but unfortunately it never arrived. We can recommend the souvenirs, but not the Mongolian postal service...

​If you only get time to do one thing in UB, go see the traditional throat singing performance by the Tumen Ekh Ensemble. The show goes for around an hour, and is an incredible display of traditional music, performance and song, with the highlight being the otherworldly sounds of the throat singers. Try and get there early, as the space is quite small and in higher seasons can fill up quickly.

8. Wander back and forth along Peace Avenue

It’s the main street leading into the centre of town, and great for people watching. There are always students hanging out in cafes, farmers in traditional dress coming into the city to stock up on supplies and old people sitting and chatting on street benches watching the world go by.

There are also western style places to eat for when you are totally over noodles and tough meat, and a few places to grab a half decent coffee too (or sometimes just an instant sachet and a cup of hot water). Our favourite places were the ones that gave us take away noodles in plastic bags, or pizza folded in a styrofoam burger box.

​How much time should I spend in UB?

We spent a week here after arriving from Russia, and another couple of days after returning from our 16 day tour, but it would be easy to fit in most of these sights in 2-3 days. We spent a good portion of our time catching up on trip planning and research, organising our tour and finding trip buddies, blogging and planning other parts of the trip…we had after all just been on a train for 5 days straight. We spent a day visiting five different bookstores searching for a travel book for China, getting our Chinese visas, and, well, washing and drying our clothes in our room:

This may have been the smallest room we rented in our entire trip.

​Anything else you'd like to know? Send us an email and we'll add it to our article!